Hout Bay was named by the Dutch East India Company after they settled in South Africa in 1652 with the purpose to create a supply point for their ships trading between Asia and Europe. While the Dutch were looking for good sources of timber for the construction of their new colony at the feet of Table Mountain, they found the bay. The bay was covered entirely by beautiful forest, which became to be the perfect wood for the Dutch. It is how they started to settle around here and by the time they called this place “HoutBaai”, meanings “Wood Bay” in English. 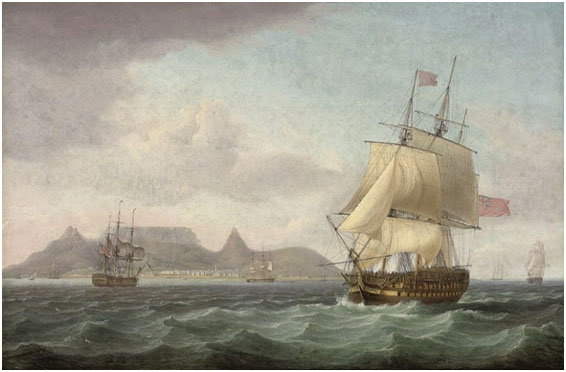 But the Dutch were not the first to settle in Hout Bay. The San and the Khoi people had lived in the bay for hundreds of years. At this time, they were the most important population of Southern Africa. In Hout Bay, the Khoi and the San were living a pastoral life, by hunting and fishing. They were sharing the bay with lots of animals, some people even say that Hout Bay was inhabited by lions. 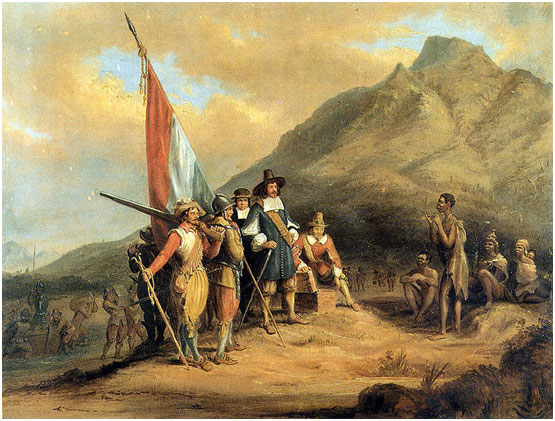 Charles Bell,Landing of van Riebeeck at the Cape of Good Hope, 1652.

After the Dutch took over, Hout Bay still survived as an agricultural and fishing community.For over three hundred years, people from different parts of Europe came to live in the bay: English, Scottish… They started to construct a small fishing harbour, which was even occupied by the French in the end of the 1780s. But until 1950, despite the fishing potential of the Bay, the lands were used primarily for the forests and the mines industries.

During the 1950s-70s, life radically changed for the Hout Bay’s residents. Since 1948, the South African government was dominated by the National Party, which instituted the regime of Apartheid, a policy of segregationon grounds of race.At this time, each South African had to be registered in one of the racial categories defined by the Population Registration Act, which were: “White”, “Black”, “Indian” and “Coloured”. Everything was then dictated according to these categories. In 1950, the government published the Group Areas Act,which allocated reserved residential areas to each racial category. This Act was saying that in Hout Bay, the beach and the bay were reserved to the “Whites”, while the Sentinel Mountain was attributed to the “Coloureds”, which is knows now as the “Hangberg community”. 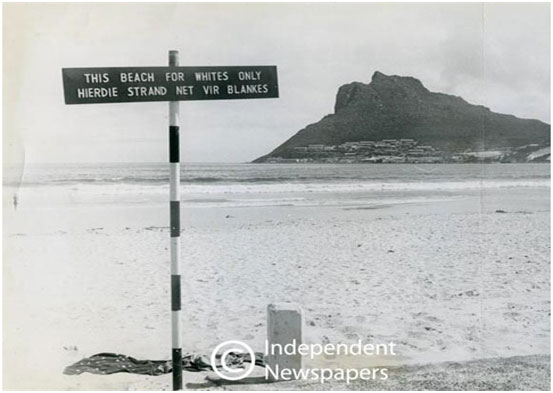 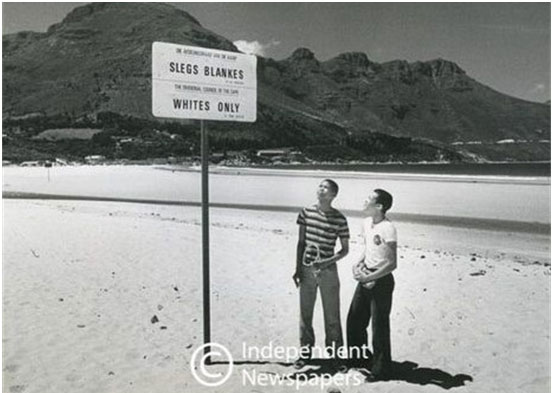 The “Coloured” term was used by the South African government as an ethnic label for people of mixed ethnic origin, including Khoi, San, Malay, African and European. The Coloured people from Hout Bay lived in the centre of the bay, where Mainstream is located now. But after the promulgation of the Group Areas Act, all of them had to leave their family homes from the centre of the bay to small houses and flats in the Sentinel. In the beginning, the South African government wanted to relocate the Coloured people from Hout Bay to the Cape Flats, but because the fishing companies needed them, they put pressure on the politicians to keep removed them in Hout Bay. When the forced removals started, the Coloureds could not protest, they were too scared from the police and the army. But as the protest against the regime started to grow in the country, some of them became involved in the struggle. The youth were protesting for transports and proper education. When the apartheid system ended in 1994, the community asked for retributions. Until today, most of the Coloured people from Hangberg claimed their rights to come back live in their original houses, in the centre of the bay. 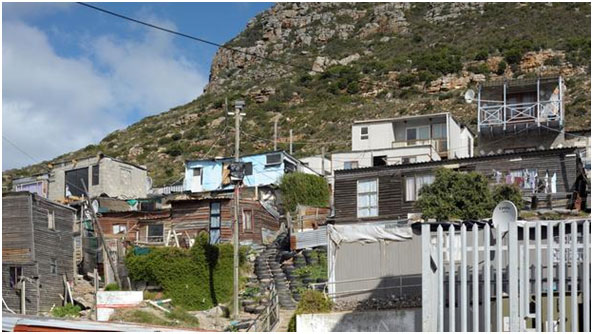 In the bay, there is also a black community, called ImizamoYethu and also known as “Mandela Park”. This community was created during the 1980s by people registered as “Black”who didn’t have any homes or lands. These people fought for years against the government to have the right to build on this land. Today, the community is growing and people from all around South Africa, and Africa, settle here.ImizamoYethu, like Hangberg’s community, is considered as a township because lots of the residents do not live in a proper house and do not have water, electricity or privacy.

As you can read, Hout Bay is a mirror of South African’s history, and if you come to stay at HoutBayBackpacker, you will have the opportunity to see through the past of our country… 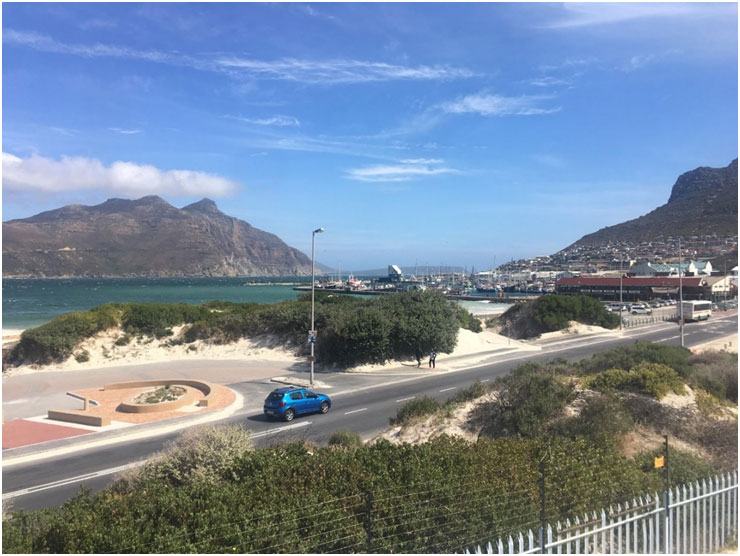